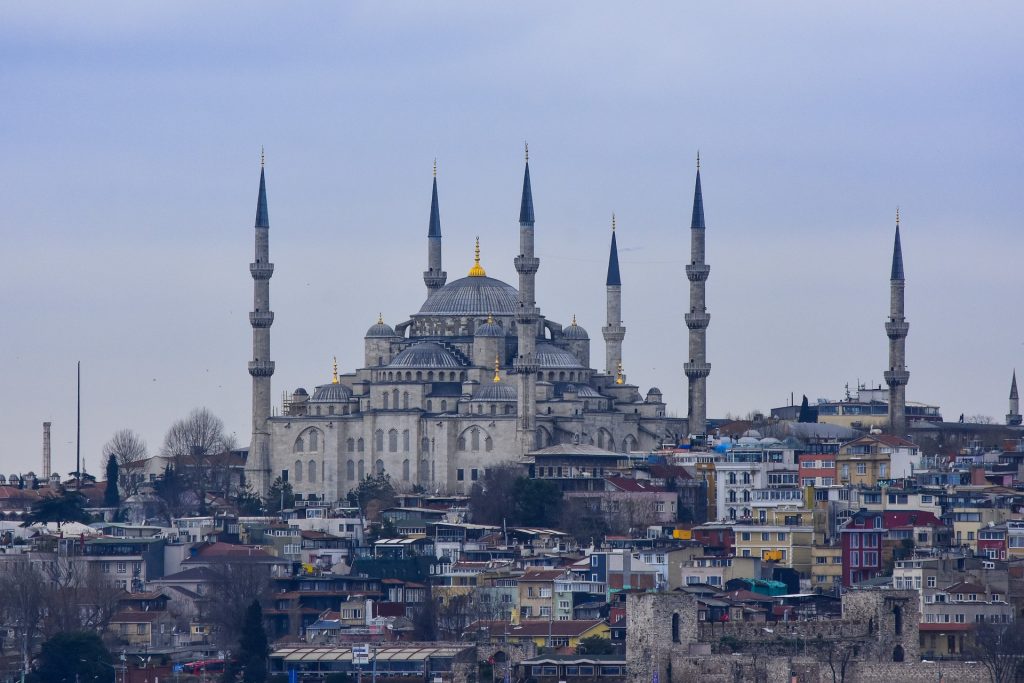 Background
Modern Turkey was founded in 1923 from the Anatolian remnants of the defeated Ottoman Empire by national hero Mustafa KEMAL, who was later honored with the title Ataturk, or “Father of the Turks.” Under his authoritarian leadership, the country adopted wide-ranging social, legal, and political reforms. After a period of one-party rule, an experiment with multi-party politics led to the 1950 election victory of the opposition Democratic Party and the peaceful transfer of power. Since then, Turkish political parties have multiplied, but democracy has been fractured by periods of instability and intermittent military coups (1960, 1971, 1980), which in each case eventually resulted in a return of political power to civilians. In 1997, the military again helped engineer the ouster – popularly dubbed a “post-modern coup” – of the then Islamic-oriented government. Turkey intervened militarily on Cyprus in 1974 to prevent a Greek takeover of the island and has since acted as patron state to the “Turkish Republic of Northern Cyprus,” which only Turkey recognizes. A separatist insurgency begun in 1984 by the Kurdistan Workers’ Party (PKK) – now known as the People’s Congress of Kurdistan or Kongra-Gel (KGK) – has dominated the Turkish military’s attention and claimed more than 30,000 lives. After the capture of the group’s leader in 1999, the insurgents largely withdrew from Turkey, mainly to northern Iraq. In 2004, KGK announced an end to its ceasefire and attacks attributed to the KGK increased. Turkey joined the UN in 1945 and in 1952 it became a member of NATO. In 1964, Turkey became an associate member of the European Community; over the past decade, it has undertaken many reforms to strengthen its democracy and economy, enabling it to begin accession membership talks with the European Union.
» Geography
» People
» Government
» Economy
» Communications
» Transportation
» Military
» Transnational Issues

Location
Southeastern Europe and Southwestern Asia (that portion of Turkey west of the Bosporus is geographically part of Europe), bordering the Black Sea, between Bulgaria and Georgia, and bordering the Aegean Sea and the Mediterranean Sea, between Greece and Syria

Maritime Claims
territorial sea: 6 nm in the Aegean Sea; 12 nm in Black Sea and in Mediterranean Sea; exclusive economic zone: in Black Sea only: to the maritime boundary agreed upon with the former USSR

Natural Hazards
severe earthquakes, especially in northern Turkey, along an arc extending from the Sea of Marmara to Lake Van

Notes
strategic location controlling the Turkish Straits (Bosporus, Sea of Marmara, Dardanelles) that link Black and Aegean Seas; Mount Ararat, the legendary landing place of Noah’s Ark, is in the far eastern portion of the country

Languages
Turkish (official), Kurdish, Dimli (or Zaza), Azeri, Kabardian; note: there is also a substantial Gagauz population in the Europe part of Turkey

Executive Branch
chief of state: President Ahmet Necdet SEZER (since 16 May 2000); head of government: Prime Minister Recep Tayyip ERDOGAN (14 March 2003); cabinet: Council of Ministers appointed by the president on the nomination of the prime minister; elections: president elected by the National Assembly for a seven-year term; election last held 5 May 2000 (next to be held May 2007); prime minister appointed by the president from among members of parliament; election results: Ahmed Necdet SEZER elected president on the third ballot; percent of National Assembly vote – 60%; note: president must have a two-thirds majority of the National Assembly on the first two ballots and a simple majority on the third ballot

Overview
Turkey’s dynamic economy is a complex mix of modern industry and commerce along with a traditional agriculture sector that still accounts for more than 35% of employment. It has a strong and rapidly growing private sector, yet the state still plays a major role in basic industry, banking, transport, and communication. The largest industrial sector is textiles and clothing, which accounts for one-third of industrial employment; it faces stiff competition in international markets with the end of the global quota system. However, other sectors, notably the automotive and electronics industries, are rising in importance within Turkey’s export mix. Real GNP growth has exceeded 6% in many years, but this strong expansion has been interrupted by sharp declines in output in 1994, 1999, and 2001. The economy is turning around with the implementation of economic reforms, and 2004 GDP growth reached 9%. Inflation fell to 7.7% in 2005 – a 30-year low. Despite the strong economic gains in 2002-05, which were largely due to renewed investor interest in emerging markets, IMF backing, and tighter fiscal policy, the economy is still burdened by a high current account deficit and high debt. The public sector fiscal deficit exceeds 6% of GDP – due in large part to high interest payments, which accounted for about 37% of central government spending in 2004. Prior to 2005, foreign direct investment (FDI) in Turkey averaged less than $1 billion annually, but further economic and judicial reforms and prospective EU membership are expected to boost FDI. Privatization sales are currently approaching $21 billion.

Notes
in the early 1990s, the Turkish Land Force was a large but badly equipped infantry force; there were 14 infantry divisions, but only one was mechanized, and out of 16 infantry brigades, only six were mechanized; the overhaul that has taken place since has produced highly mobile forces with greatly enhanced firepower in accordance with NATO’s new strategic concept (2005)

Illicit Drugs
key transit route for Southwest Asian heroin to Western Europe and – to a far lesser extent the US – via air, land, and sea routes; major Turkish, Iranian, and other international trafficking organizations operate out of Istanbul; laboratories to convert imported morphine base into heroin are in remote regions of Turkey and near Istanbul; government maintains strict controls over areas of legal opium poppy cultivation and output of poppy straw concentrate; lax enforcement of money-laundering controls